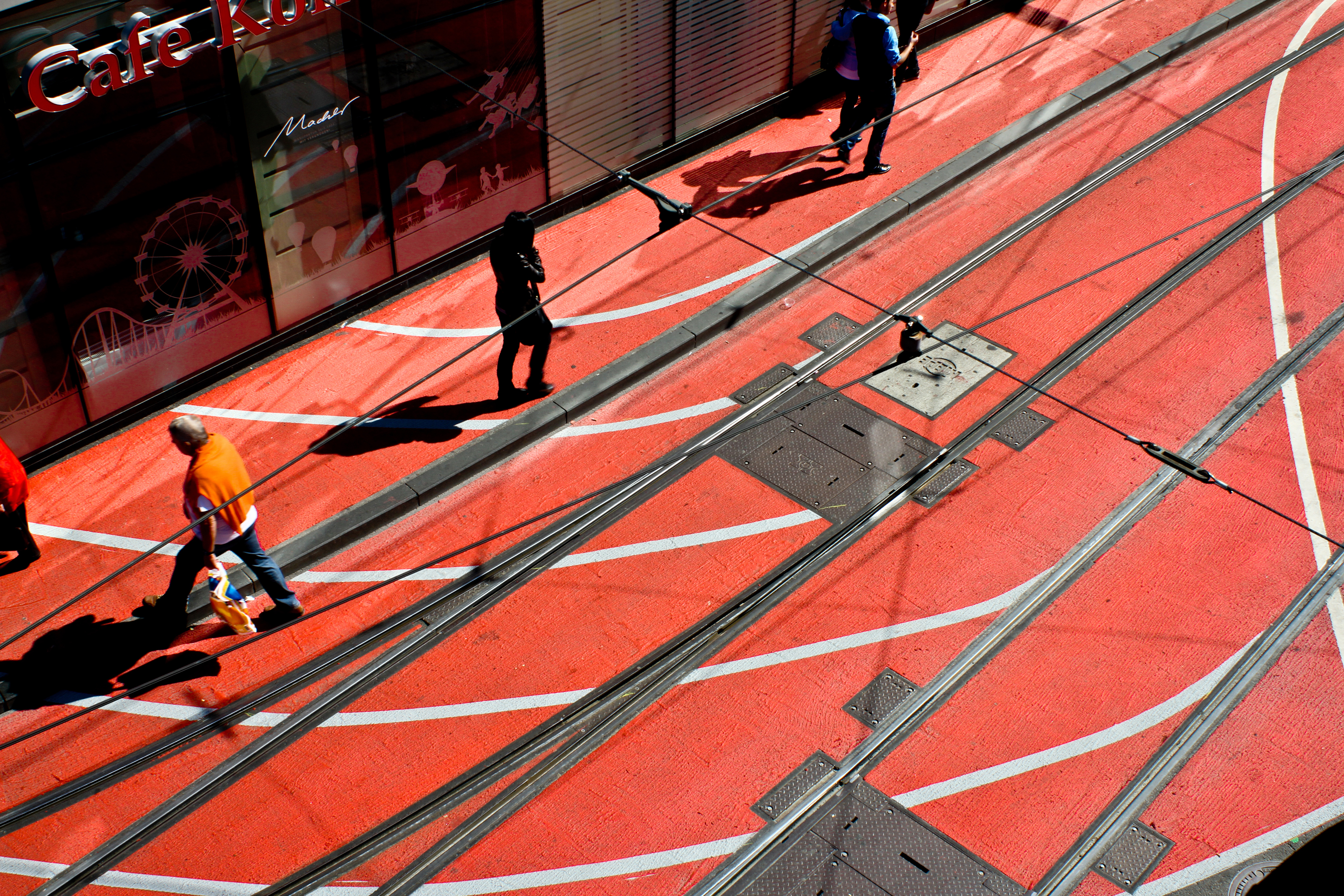 Visual enclosure
The area around the Jakominisquare – especially Jakoministraße and Klosterwiesgasse – lost more and more of its importance in the recent decades. Simultaneously urban planning in this particular zone was neglected. The shopping area lost its former customers considerably. Recently the two veins are very much affected by strong traffic and have a lack of atmosphere. Furthermore the streets and the sidewalks are narrow and lead people to main traffic points of the city. However, which qualities may attract pedestrians, tourists or flaneurs to go into this quarter? The tendency should be turned around: the shrinking number of little shops and the rising number of capitulating businesses should be re-balanced by supporting the settlement of the so called ‘creative scene’. The Creative Industries Styria (CIS) started a competition in which people were asked to re-envision the Jakomini district.
Ready. Steady. Go!
The result is a red running track of 750 meters length as an urban branding for the Jakomini-quarter. The red strip covers the road and pavements, with grey lines dividing it into lanes. Main idea of the proposal is the design of a clearly readable and positive identity. The Jakomini quarter got a branding – a visual enclosure, a kind of visual exceptional circumstances. By relocating an extraordinary situation in this urban space a moment of irritation is occurring immediately. The running track that clearly is associated with (pedestrians and) athletes is replaced into a space that was only experienced by its narrow lanes for cars and public transport to this point.
The running track as presented in the project „Ready. Steady. Go!“ at “Design month Graz”  was applied in September 2010.